For the Dynamite version of the character, see Mother's Milk/Comics.

"Look, Butcher, we were into some bad shit, man. Even before the Mallory stuff. And that, that was... if I'm gonna make a difference, I just feel more comfortable doing it on a smaller scale. I'm a motherfucker with a heart. Whereas you? You're just a motherfucker."
—Mother's Milk to Billy Butcher[src]

Marvin T. "Mother's" Milk, or M.M., is one of the three tritagonists (alongside Frenchie and The Female) of the Amazon series The Boys and an original member of black ops group The Boys.

Milk left Butcher and The Boys for a reason. Now he’s got a good job, where he’s making a difference in the lives of wayward kids, and he’s made a happy dome with the love of his life, Monique. But Butcher insists he can’t fight the war on Supes without Milk’s detail-obsessed, methodical mind. And if Milk is being honest with himself, he misses the action. But he worries that Butcher’s win-at-all-cost pursuit of Homelander will put lives at risk—especially the people Milk cares about.

Milk had a strong relationship with his late father. Every Sunday after church, he and his father would go to Baskin-Robbins, where his father would order samples of all 31 flavors. Even though he felt embarrassed as a kid, he fondly looks back at this and would "give a year of (his) life" to spend such quality time with his father again.

At one point, something happened between Milk's family and Vought. Milk's father tried to sue Vought, but he was one Black man going against a company that had teams of lawyers and paid-off judges. Despite this, his father kept fighting, writing for hours on his typewriter. Every morning, Milk would wake to the sound of clacking keys, and every night, he would fall asleep to them. Sixteen years ago, Milk awoke and didn't hear the keys typing. He found his father hunched over his typewriter, dead at 55. Milk blames Vought's corruption for his father's early death and carries on his father's fight in wanting to get justice, for better or worse.

Rekindling with The Boys[]

Milk initially left The Boys to live a quiet life with his wife, Monique, and daughter, Janine. However, after Butcher, Frenchie and Hughie Campbell kill Translucent, Milk is persuaded into renewing his membership with the group. He is, at first, angry to find out that Butcher has also recruited Frenchie again, but is able to get past it as the two agree to help bring down Homelander and the rest of The Seven.

Milk's membership with The Boys comes at a cost, however. In The Self-Preservation Society, Monique becomes angry after finding out that Milk's involvement with The Boys has put her and Janine on the radar of Black Noir and Homelander. Monique and Milk argue as they are taken into the protection of Susan Raynor and the CIA.

Throughout Season 2, Milk works with The Boys to bring Vought down. He helps infiltrate the Sage Grove Center, retrieve Ryan from Homelander, and in the end, after defeating Stormfront, his criminal charges get cleared. He is able to go back to his family at last.

"Well, this is God's work. I can't argue with that. But a man of your talents? Wasted here."
—Billy Butcher to Mother's Milk[src]

"I'm a motherfucker with a heart."
—Mother's Milk[src]

Out of all the Boys members with vendettas, Milk is the one who has most kept his compassion. Though his father worked himself to death to try and sue Vought and Milk wants to avenge him, Milk is still polite, supportive, and protective over his family and friends. Similar to Frenchie, Milk looks after the people he cares for. After The Boys become wanted fugitives, Milk still expresses great concern for his daughter and his wife, even if he can't see them. When Hughie is frozen in shock after Butcher rams through a whale, Butcher opts to leave Hughie behind. Milk argues that Butcher needs his "Canary" and is the only one to go back and wait alongside Hughie until Hughie recovers.

Conversely, Milk can be as vindictive as other members of The Boys. He repeatedly criticizes Frenchie for freeing Kimiko and blames him for all the people she killed after she escaped her cage. When The Boys are reunited, Milk repeatedly brings up the incident of Mallory's grandchildren being burned, holding Frenchie solely responsible for the event. Milk believes it was Frenchie's duty to watch Lamplighter but letting Lamplighter get away led to Mallory's grandchildren getting burned. However, Milk also shows the ability to change and be insightful: he apologizes to Frenchie once he learns the truth about why Lamplighter got away.

He also likens his vengeance to a disease, one his father passed down to him and which he will pass down to his daughter if he's not careful. In Get Some, when Butcher arrives at the detention center where he works, Milk tries to explain that he's moved on and doesn't want vengeance like Butcher or Hughie. But even if he's not willing to admit it, Milk still has that "disease" inside of him, and he knows the only cure will be victory or death. 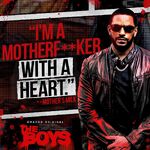 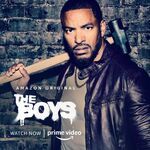 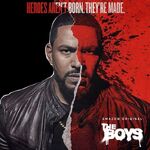