The Boys Wiki
Start a Wiki 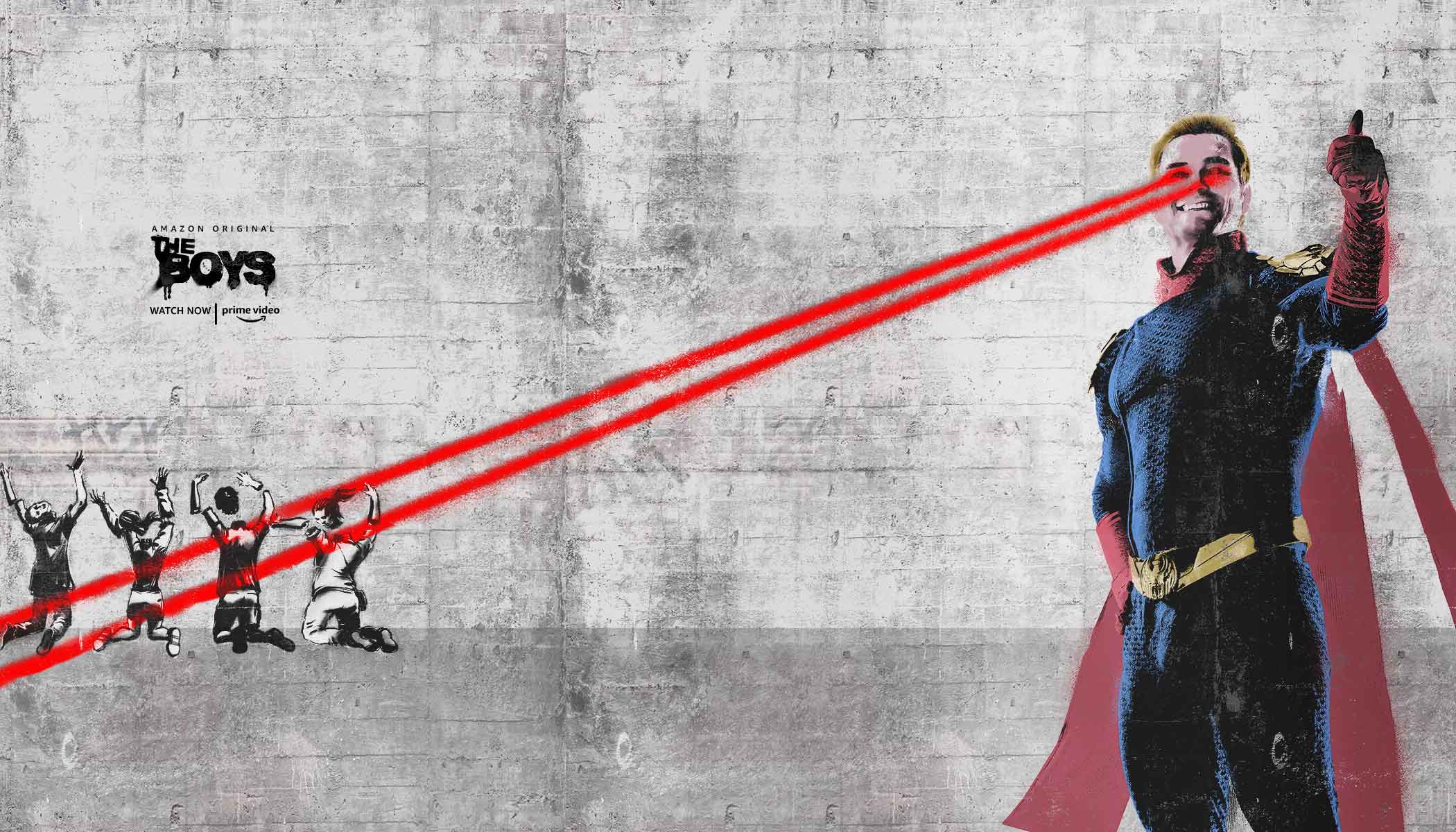 What's on your mind?

I want to make a fan video for this unrealistically cool series in the style of MOTION.

And you can help me with the implementation.

- I want to make a video not only for myself, but also for fans and just for those who liked "The Boys".

Based on this, I would like to hear your opinion, what would you like to see in this video: Who is your favorite / not favorite character or several, (most importantly) what object is associated with a specific character, location, what associations does the series as a whole cause?

Maybe you can even tell me what color palette you would like to see videos and music in?

Absolutely any information will help me, because I will do it for you!

Thank you very much!!! 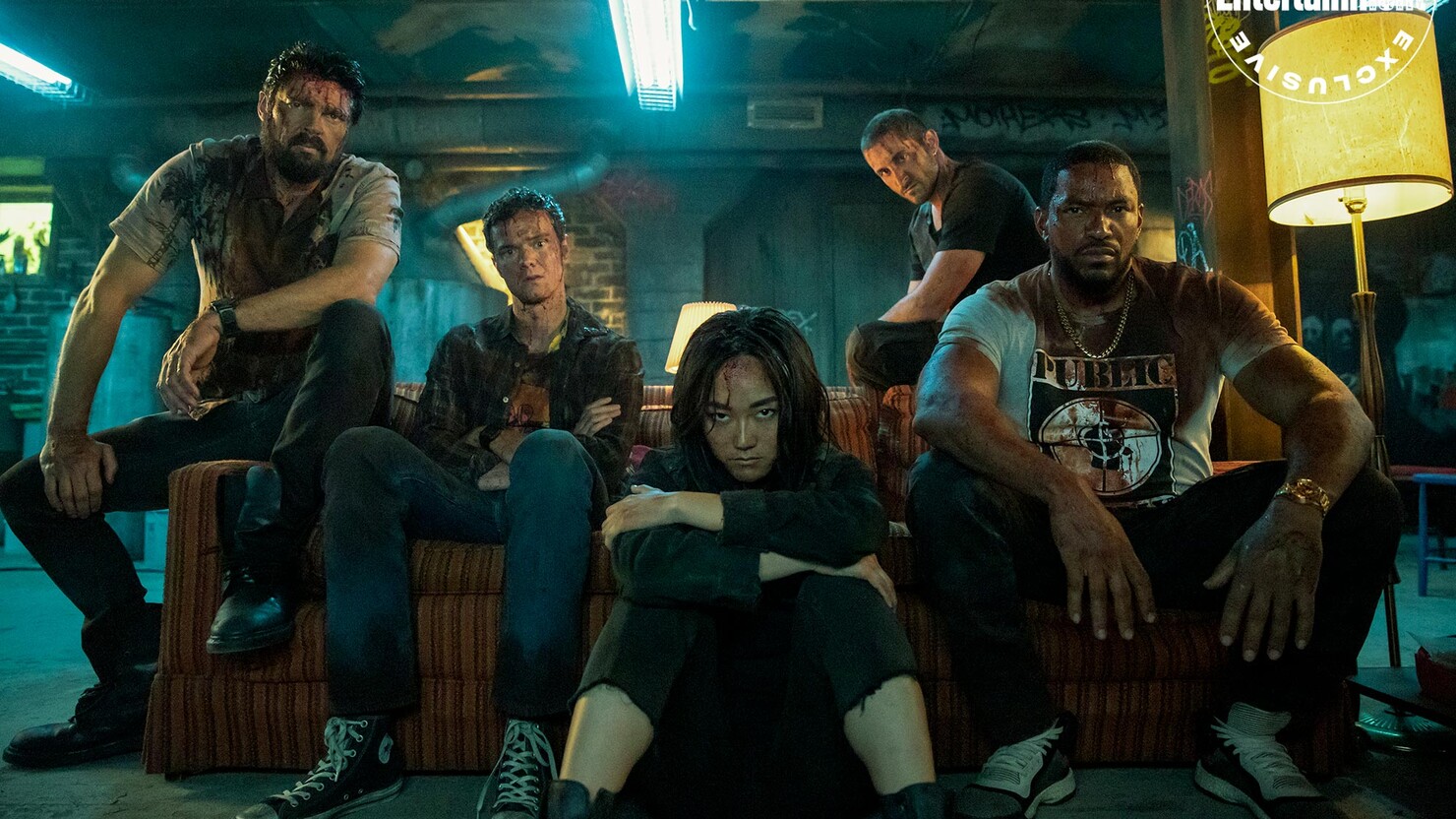 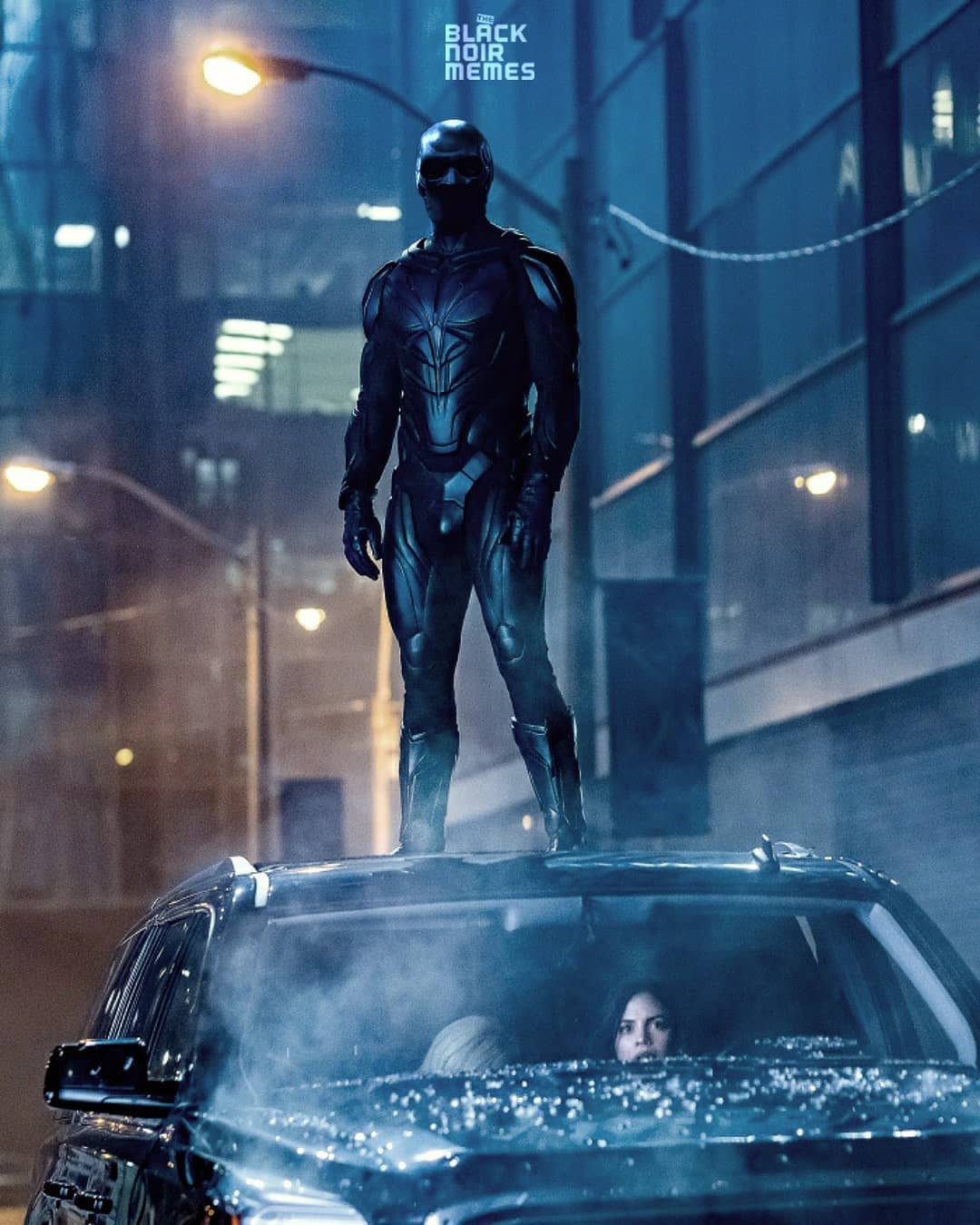 There's one thing I still don't understand. It was revealed she is a Supe with the power to make people's crane explote. So, my question here is why she killed Susan Rayner?? The part of making explote the cran of all the people involved with Vought such as Volgebaum, Shockwave and more I understand it was all a plan orchestrated by Victoria.

But why Susan? I mean she was the deputy director of the CIA and an ally in the fight against Vought.

I miss waking up on fridays and being like “yes new episode of the boys” then watching emergency awesome videos on it and stuff. I rlly hope season 3 comes out soon 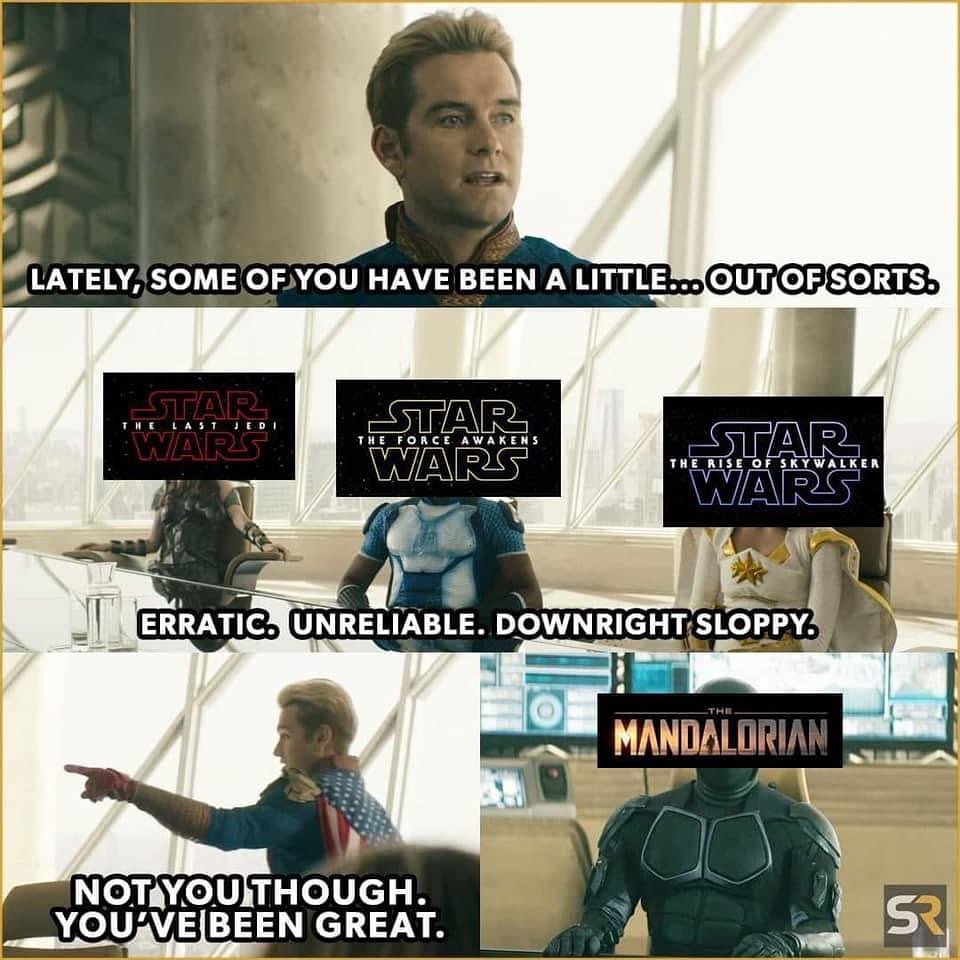 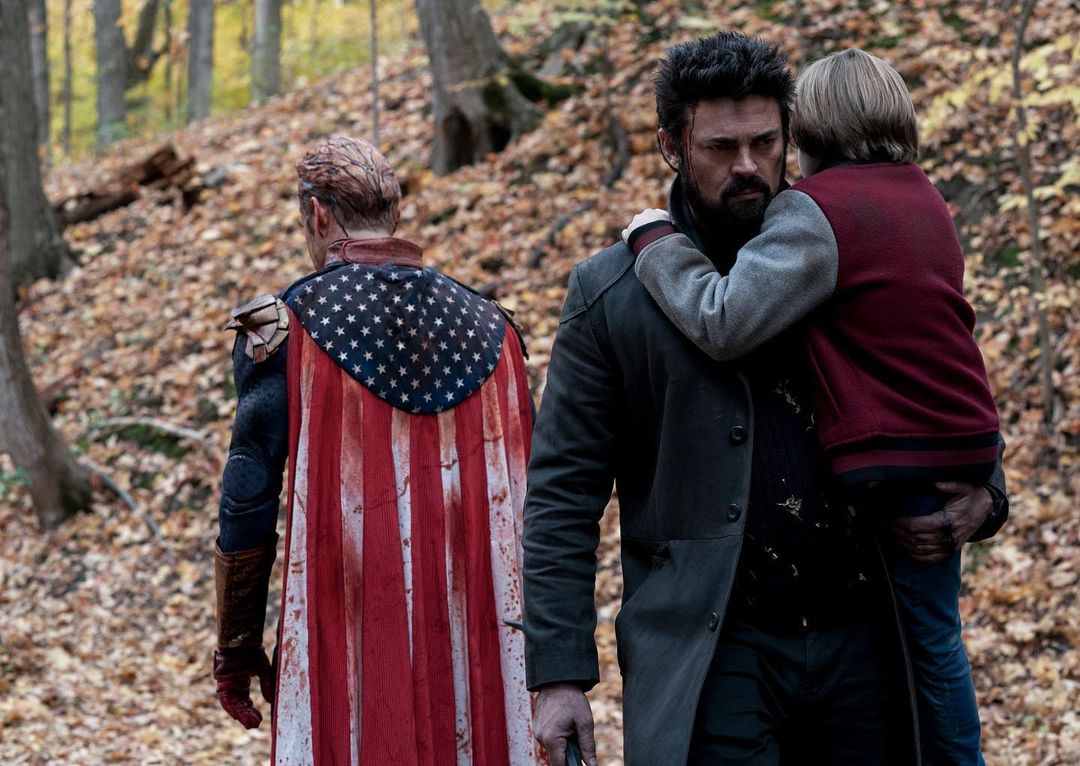 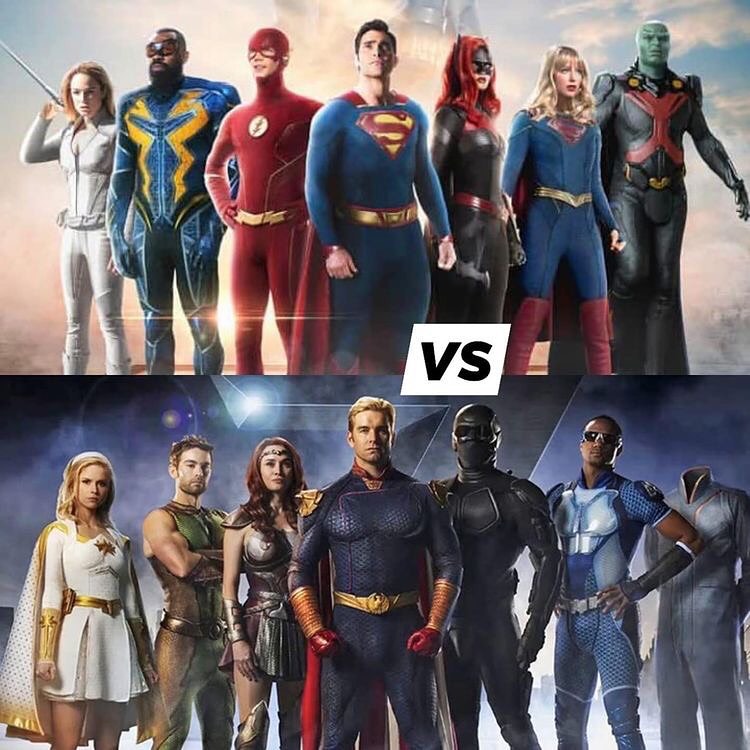 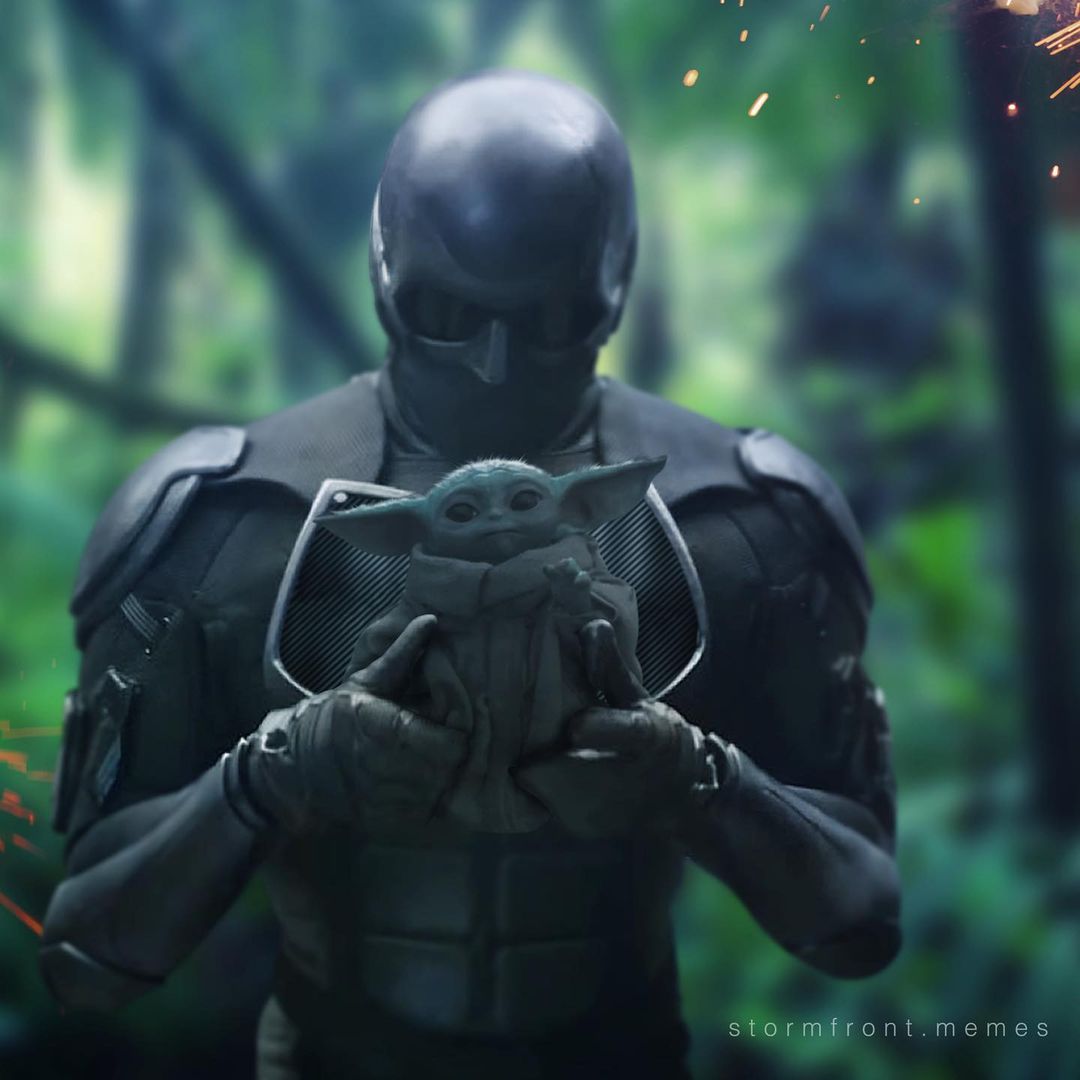 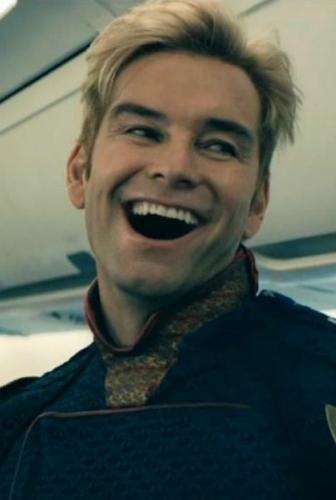 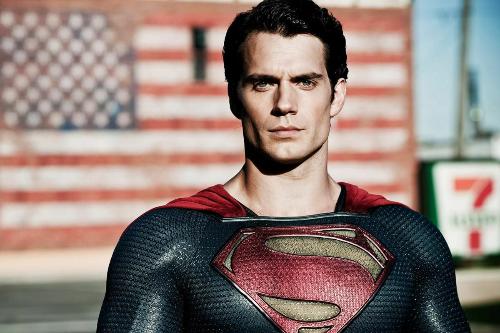 Instead of asking which one is the most powerful, I'd like to ask which one is the most evil of these fictional supermen?, keep in mind I havent gotten into all these stories yet but im aware of their premises. I mean technically there is hundreds if not thousands of evil supermen but these are a particular group that have the facade of being a hero with powers but actually arent

homelander, miracleman, red son superman, dr manhattan and this last one might be suprising but jesse custer from preacher

Imo if they are iredeemable and set up to die, i prefer these methods:

if they make soldier boy redeemed id like him to be like im going to do what i should have done a century ago and kill this nazi bitch and blow her head off with a shotgun, if not, then kimiko I'd imagine will claw her to death cause right now there is no guarnatee she will regain her limbs

and for homelander, id prefer if through some psychic super, through telepathy exposes homelanders actions to the entire planet, like they can transfer his memories into video screen and everyone sees his sins. Homelander attempts to convince everyone its all the work of a supervillian but they arent buying his words and people start to walk away and scream hate to him, he becomes emotionally distressed and says ill be the F***in supervillian you want but maeve and starlight beat his ass and are like no more, just no more and the boys eventually join in and beat him down and deep, atrain, noir and maybe soldier boy say if you cant beat them, join them and decide to beat down homelander as well. He stars to cry and beg for help and attention from his former fans but butcher drags him into the darkness and calls him a super baby but instead of giving him a bottle he gives him a super enema in the form of shoving his crowbar so far up homelanders ass it goes straight through his mouth and says that is for becca you F***ing cunt.

At least that is how I'd end it and then vought tower is burned to the ground and presumably all of compound v destroyed.

If you disagree with this fan theory I ask please be respectable and dont just call me idiot, troll, etc and actually tell me why im wrong here. 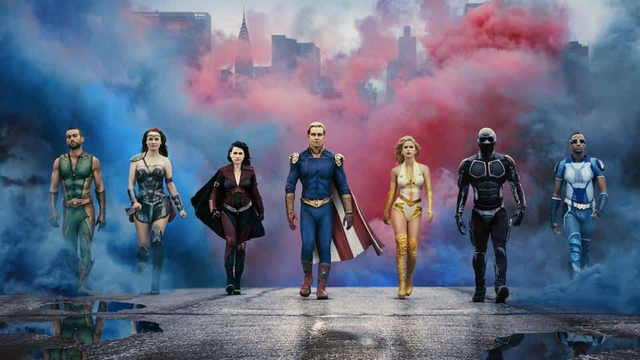 They could do this like Call of Duty, The Arkham Series, Spider-Man, Fallout 4 and Avengers combined. The Seven will have specific skills and so will The Boys.

Homelander’s x-ray vision will work like Batman’s Detective Vision but it isn’t all around, just on surfaces and people, he would have laser vision but without a zoom function, he would have the fastest flight speed in the game as he could keep up with commercial airplanes and break the sound barrier. He would be the most broken as he could just bulldoze through entire mobs like they were never there to begin with, survive getting knocked through buildings and react to bullets but can’t see through zinc and there could be enemies that could actually hurt him.

A-Train is similar but vastly different as he would have land speed of up to Mach 1.3 and could knock people through walls and when he starts moving, he’s invulnerable but not to Homelander’s extent.

Black Noir would function like Batman just without the glide cape, grapnel gun, detective Vision and various other assorted bat gadgets like the bat claw or line launcher. Noir would instead have Spider-Man’s agility, lots of blades and increased durability and regeneration.

Queen Mauve would function like Avengers’ Captain America because both can run on walls and have impressive combat capability. Also she leap great distances like Hulk as well.

The Deep I’m unsure about since he ain’t got much besides possibly great swimming speed and decent super strength along with the ability to communicate with marine life which would actually be pretty useless against laser vision or lightning beams that have telekinetic properties.

Starlight would have PS4 Spider-Man’s strength and Liberty Prime lasers but yellow and much brighter. She would be amazing against bad guys with electricity weapons since she can absorb it and send it back at them as photon beams.

Stormfront would play a lot similar to Homelander and Starlight except that her lightning blasts would have concussive force and would work similar to telekinesis but she would use that along with flight and having super durability.

This part will be DLC Characters

Translucent’s durability works in a similar manner to Luke Cage’s as he can be harmed by internal attacks instead of external attacks being fire, bullets and certain kinds of blunt force. His invisibility can now be passed to his clothes as to make his powers more effective and less embarrassing when he becomes visible again but it comes with a time limit of six minutes so use that power wisely on stealth levels.

Even though we haven’t seen Lamplighter yet, I’m gonna include him. He would work similar to Starlight except that he can fly and his blasts could come from his staff. He could also work like Robin from The Arkham Series as well but without the bullet shield or Zip Kick. He won’t however fly as fast as Stormfront or Homelander though.

Shockwave would basically be a premiere A-Train skin with a different voice actor.

Popclaw would be the same as Noir except that she wouldn’t have throwable knives but, extended elbow blades and enhanced strength.

This part shall be for the Boys

Butcher will have six distinct weapons: his fists,a sledgehammer, smoke grenades, an M16 assault rifle, a Serbu BFG-50A sniper rifle and a crowbar. He’ll be merciless, adaptive and aggressive in his fighting style. He would be an expert in stealth, blackmail and espionage.

Hughie would be a hacker but inexperienced in fights with several people so he would need a metal baseball bat and brass knuckle gloves to enhance his punches. Hughie wouldn’t fully want to hurt anyone as his fighting style would be merciful and evasive so that enemies can end up attacking each other instead of him except when he’s pushed far enough. Hughie would be the weakest but technologically smartest of the group.

Kimiko would be able to sneak like Butcher but from higher vantage points and would be able to enter a berserker rage that makes her run faster and tear through enemies like paper but it would dwindle her health bar the longer she stays in the form.

M.M. would be a sort of mixture of Butcher and Hughie but M.M. would be pragmatic and careful. M would fight similar to Batman except that he would never use kicks except to block and push enemies away. He would have Hughie’s morals but better and Butcher’s skills but less reckless.

Frenchie would be the weapons expert and engineer as he would have more weapons than Butcher which would consist of his fists, a combat knife, a Glock 17 pistol, a Steyr AUG assault rifle, an M4 Carbine assault rifle, an IMI Desert Eagle pistol and an FN SCAR Assault rifle. He would help fix weapons and improve them. Also his fighting style would be like Jeet Kun Do and Krav Maga, basically being free and practical.

This is the best that I could come up with and yes, The Boys should as it would be interesting and probably fun.

Do you think he could've been faster than A-Train if he hadn't died on season 2 or if A-Train hadn't abused the V-Component.

Because in oficial dates it says Shockwave was 24 years old, A-Train is currently 33 .

Do you think Shockwave could've became the fastest man alive in a couple of years if he hadn't died?

Tell me what are your thoughts about this. 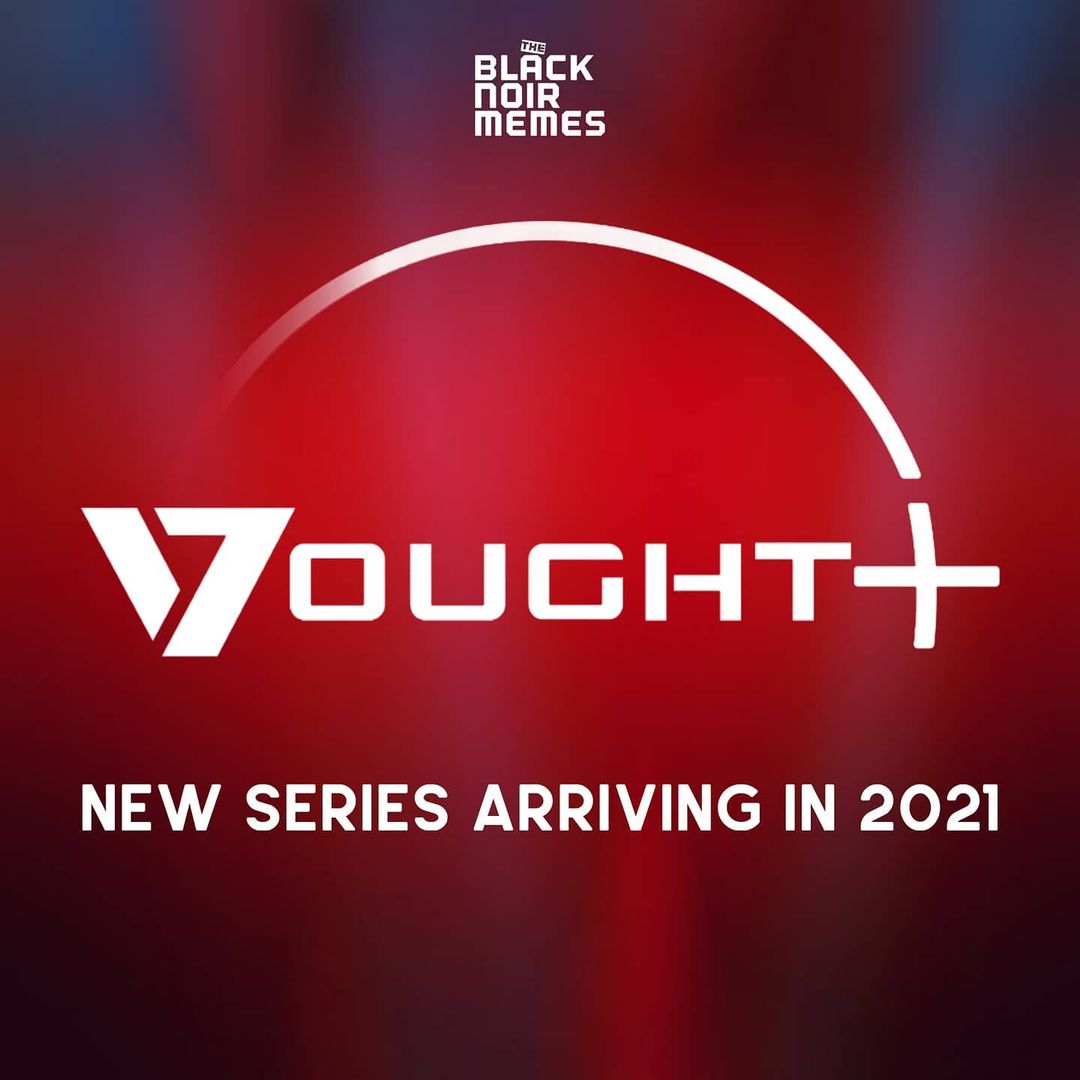 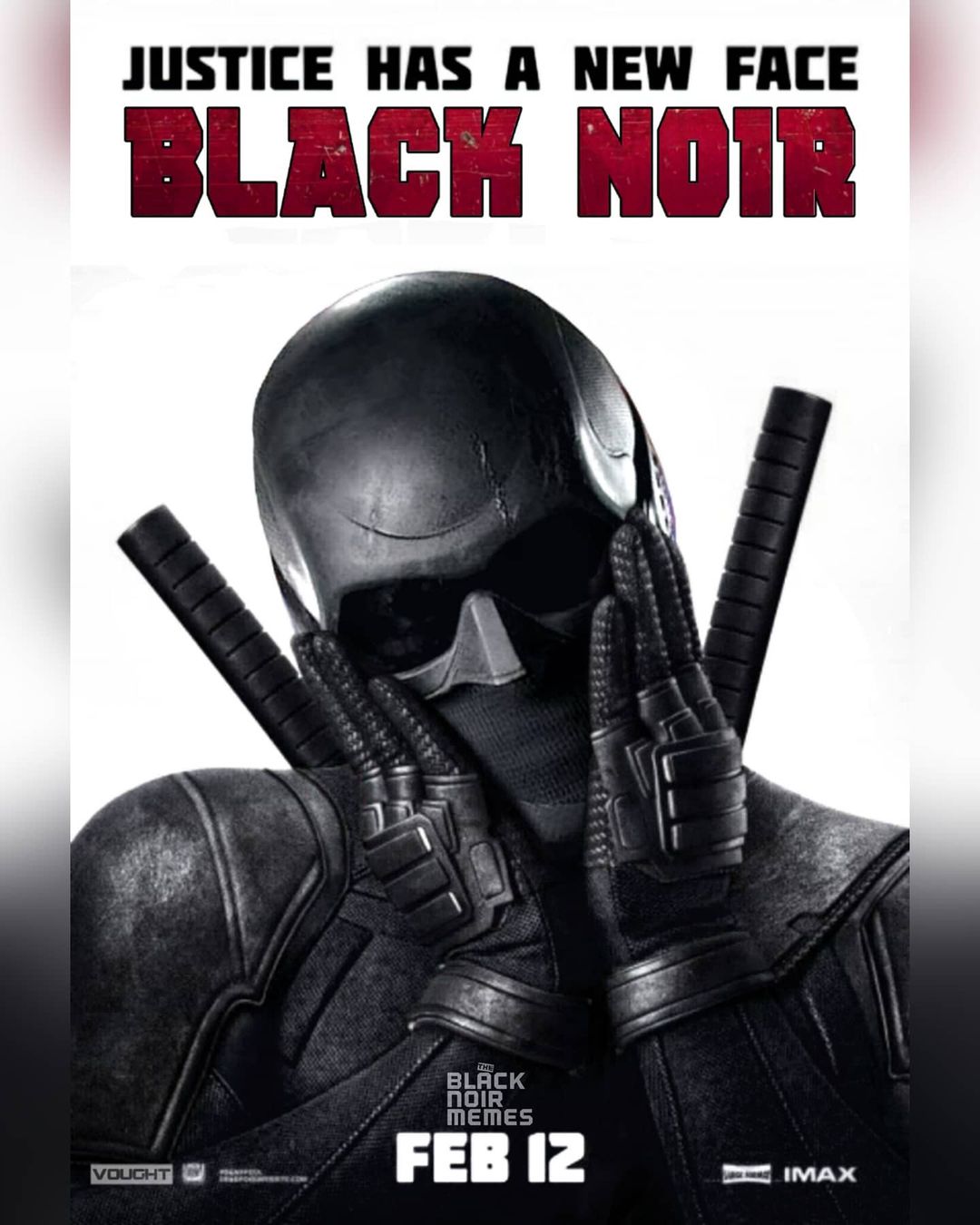 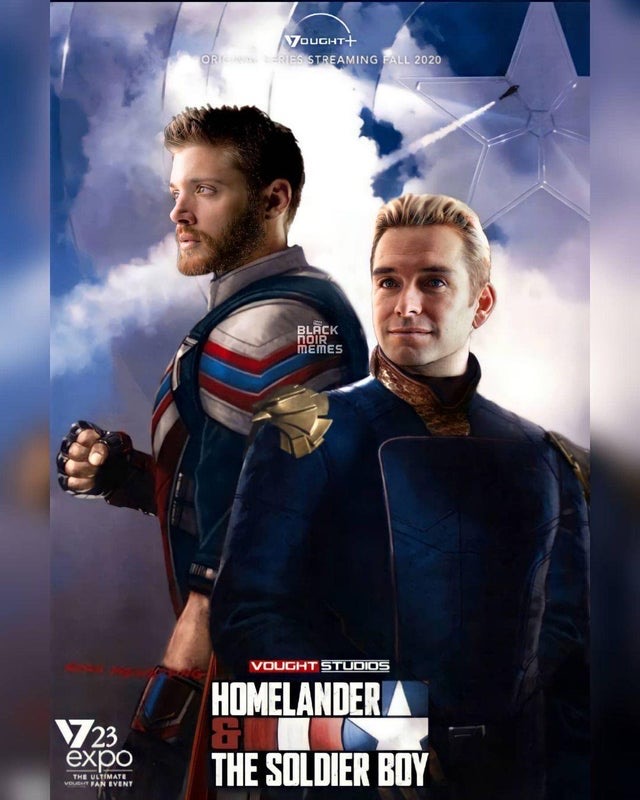 Help us grow The Boys Wiki 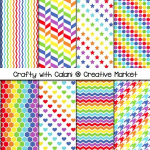 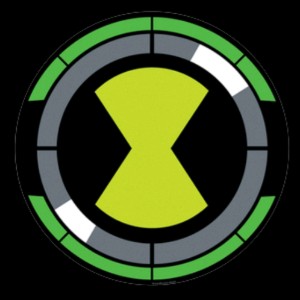 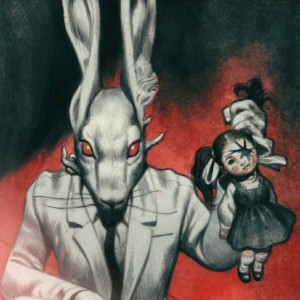 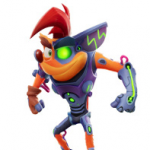 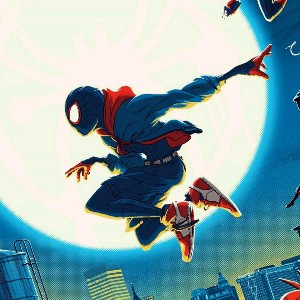 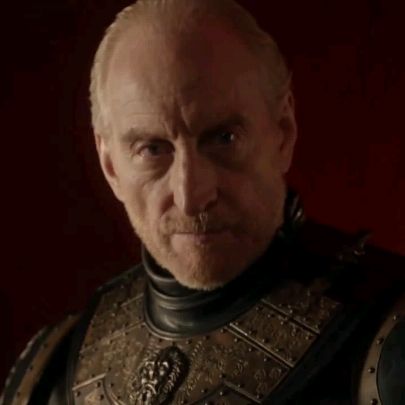 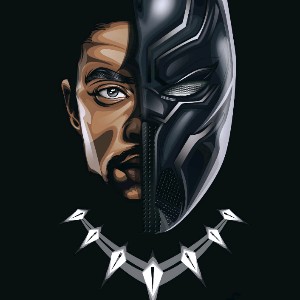 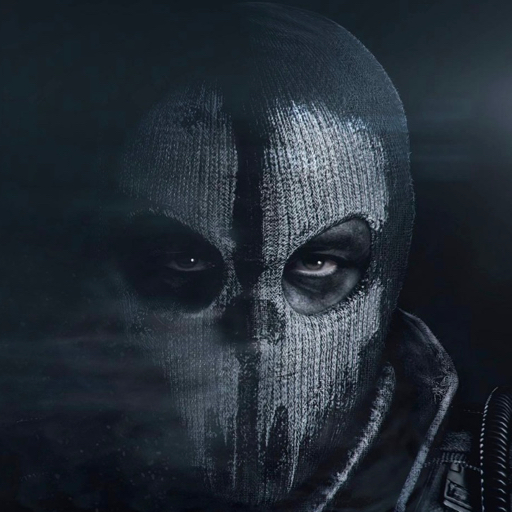